When it comes to whiskey, Scotland immediately springs to mind, even to the uninitiated. Indeed, Scotland is famous for its whiskey.

The Scottish Whiskey Association (SWA) in Edinburgh, an organization that can be described as an umbrella organization, currently divides Scotland into 5 whiskey regions: The Speyside, the Highlands, the Lowlands, the Isle of Islay and Campbeltown, each of which has its own style.

The number of regions always fluctuates, because until a while ago the Islands were still considered a separate region, but have now been assigned to the Highlands. However, it will be many years before the islands are no longer viewed as an independent region in everyday life. That is why we are still listing them here as a separate region, to not completely confuse customers, it cannot be ruled out that the islands will again be viewed as an independent region.

The Highlands basically extend over the rest of the Scottish “mainland”. This makes the Highlands the geographically largest whiskey region in Scotland. There are many distilleries here and, above all, the largest range of whiskeys and flavor nuances. This is of course already explained by the variety of climatic conditions, which differ greatly from north to south. The whiskeys of the Highlands are characterized by a voluminous to strong taste, have either no or medium peat notes and pronounced aromas of nuts, honey and heather. The coastal whiskeys also have an interesting salt note. In the north, very malty, sweet whiskeys are often produced. You can also find wonderful whiskeys with a nice sherry note here. 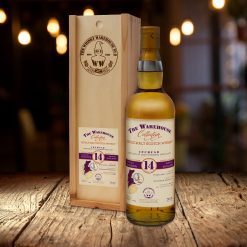 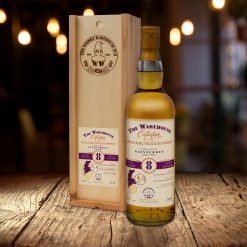 The whiskeys from the islands of Jura, Orkney, Skye, Mull, Oban, Clynelish and Arran are now also counted among the Highlands. These whiskeys have a completely different character than the strong, complex Highland whiskeys. Like the islands themselves, they are quite uneven, not quite as peaty as the Islay whiskeys, and often a bit salty than those from the mainland, although the latter is only something that true connoisseurs can taste or at least claim.

One of the best-known whiskeys from the Highlands is definitely the heavily peated Ardmore, although experts disagree on whether this should be assigned to the Speyside or the Highlands. This difficult to classify category also includes other whiskeys near Speyside, which stand out with a mild taste and sometimes smoke that is otherwise completely absent in Highland whiskeys. These include Macduff, Glen Garioch or the Knockdhu (An Cnoc).

The Speyside is actually not a separate geographic region in Scotland, but part of the Highlands. The area stretches along the Spey River (reason of the the name) in Moray County. These are the former counties of Morayshire and Banffshire, which are the cradle of Scottish whiskey production. However, in view of the fact that almost half of the active Scottish distilleries are located here in a very small area and thus the world’s largest concentration of whiskey distilleries can be found, the SWA decided in 2013 to count Speyside as an independent whiskey region in Scotland.

The Speyside whiskeys are the most famous Scottish whiskeys in the world. Aberdour, Glenfiddich Macallan, Glenfarclas and The Glenvilet are just a few of the incredible and excellent diversity of Speyside. The region’s whiskey is often malty-sweet and can have fine smoky peat notes. 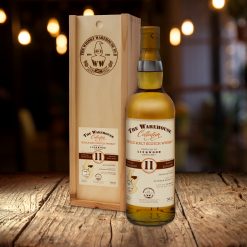 Islay is, although only a single island, one of the independent whiskey regions in Scotland. Nine distilleries produce on the almost 620 square km small island. But these have it all.

Islay has a comparatively mild climate, which is attributed to the Gulf Stream. As a result, most of the arable land is excellent for barley, while the rest of the island is covered by vast peat bogs. Islay thus has the two basic requirements for successful whiskey production: barley and peat!

The fact that almost every Islay whiskey is heavily peated to this day is due to the fact that coal had to be imported to malt the barley and was therefore correspondingly expensive. So people have always resorted to the fuel available practically free of charge on their own doorstep, the peat!

The result was whiskey with its very own character, characterized by peat, smoke and sea air and refined by sweet and floral elements of heather, all of which form a unique combination that you will not find anywhere else with this intensity. It is also this special style that is responsible for the fact that Islay is managed as a whiskey region in its own right, despite its geographical affiliation to the Scottish Islands. 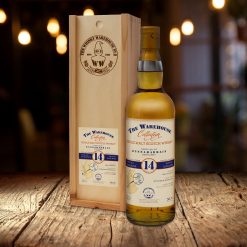 The smallest whiskey region in Schottalnd is named after the town of the same name, located on the Kintyre peninsula. Although there are now only three whiskey distilleries left, this area was once considered the absolute center of Scottish whiskey! Around 34 distilleries once distilled Scotch whiskey here. Today the city has hardly more than 5,000 inhabitants and was previously known as the “whiskey capital of the world”! This boom ended when prohibition was introduced in the USA, the most important sales market.

Today all whiskeys from Campbeltown are characterized by a very independent character, which interweaves peaty, salty and fruity elements into a very unique style and distinguishes the whiskeys of this region from both the Highlands and the islands.

A good example is the Spirngbank distillery. This was established in 1828 and, despite the significantly higher costs and personnel requirements, still relies on traditional production methods and manual labor. The family business Springbank is one of the few Scottish distilleries that still operates its own malt house.

Currently no offer from us